Home Articles GET A HOLD ON THE REINS OF YOUR NETWORKING

GET A HOLD ON THE REINS OF YOUR NETWORKING 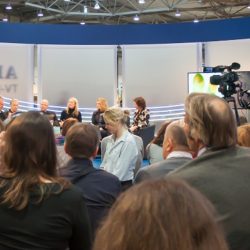 We’ve covered your resume, your education, and the job interview in our discussion on a successful transition from the military. The fourth installment will focus on Networking. Webster’s defines Networking as ‘the exchange of information or services among individuals, groups, or institutions. This exchange of information is critical to gaining opportunities in the civilian workplace.

It may seem odd that it would be necessary to talk about networking in 2018, but too often I see service members who aren’t comfortable with talking to, and/or interacting with, non-military folks. This is a reasonable nuance because of the close-knit community we’ve spent so much time with, trained to the core with, bled and cried with in many instances, and with whom we share a ‘never leave a fallen comrade’ spirit with. While your hesitation to network in the civilian world is understandable, to do so would be detrimental to your success, especially when attempting to transition to that very world. Fortunately, civilians also feel that same discomfort, but from the opposite side. Not having that same experience puts them in a vulnerable position just like we are.

Meeting new people and sharing your story and/or aspirations will lead to a broader experience and could lead to new lasting friendships. It will also lead to opportunities that a resume simply cannot do.

Here are some tips to help you make some connections in the civilian world:

1. Attend trade shows, associations, volunteer opportunities, and social gatherings. Once there, the key is to strike up conversations with people (as opposed to standing in a corner with your back to the safest wall watching to see if there are any potential threats in the room). Put yourself out there and just go meet people. Some will click, some will not. If it doesn’t click, so what, move on to the next person.

2. Meet as many people as you can and spend some quality time getting to know those that click. If the conversation leads to future employment or past experience, which it usually always does, then you have an opportunity to excel. If not, you’ve made an impression and it could come back to you in the future, either through a lead or a business deal.

3. I recommend having a card and giving everyone a card. I know social media is the bomb these days but getting digits on the phone from someone you just met can be much more awkward than exchanging business cards. I’ve personally had several civilian opportunities, including my current position, which were presented to me through networking with people at events like those listed above.

4. Social media has a significant place in the networking world, so don’t discount it. Instead, use it as a networking tool. Facebook, LinkedIn, Twitter, etc., can be valuable to your networking efforts. Just don’t rely solely on them.

Mark A. Weedon is Trident’s National Director of Strategic Alliances and a 29-year military veteran. An avid learner, Mark holds a Bachelor of Science in Business Administration and is currently working on a Master of Science in Human Relations. Learning more about Trident’s resources for veterans and active duty military members.