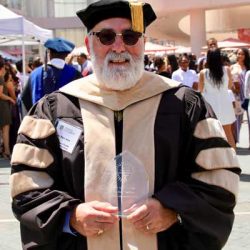 With many service members leaving the military ranks and beginning their academic journey at colleges and universities nationwide, we have a pressing need to understand suicide warning signs and the effects of depression, Post Traumatic Stress Disorder (PTSD), and Traumatic Brain Injury (TBI) among these new students.

Today, headlines in the media are dominated by politics, economics, war, nuclear deterrent, and the minimum wage. However, the headline we should all be paying more attention to is the one that appeared in The Salt Lake Tribune: “More soldier suicides than combat deaths in 2012 (McCloskey, 2012).” The soldiers of the U.S. military are defending and protecting all of the United States’ interests across the planet, only to come home and kill themselves.

With these new students landing in colleges and universities nationwide, academics need to understand the suicide warning signs. Since World War II and up until recently, U.S. military suicide rates have been lower than civilian rates, and wartime suicide rates in the military have historically dropped. In 2008, the military suicide rate exceeded the civilian rate for people between 17 to 30 years of age, according to the study “Army Suicides: ‘Knowns’ and an Interpretative Framework for Future Directions (Griffith, 2012).” The suicide rate among all veterans has declined somewhat, but the rate among young veterans suicide increased dramatically in the latest figures released by the Department of Veteran Affairs. In 2016, the most recent data available, the suicide rate for veterans was 1.5 times greater than Americans who never served in the military (Shane, 2018).

About 20 veterans a day across the country take their own lives, and veterans accounted for 14 percent of all adult suicide deaths in the U.S. in 2016, even though only 8 percent of the country’s population has served in the military (Shane, 2018). A staggering trend, the veteran population is about 8 percent, and account for 18 percent of all suicides in America. What is sad is of the 20 veteran suicides that occur across the country, 14 of those veterans are outside the U.S. Department of Veteran Affairs support services (Krause, 2019). What we understand from this is that a veteran is less likely to commit suicide who uses VA health care services as a veteran who does not use those same services at all. With both wars in Iraq and Afghanistan, something dynamic transformed our U.S. military service members and increased the military suicide rates. Suicide warning signs are there; it is just a matter of encouraging anyone who notices these warnings, to speak out, raise the red flag, and seek out assistance.

Many service members are leaving the military ranks and beginning their academic journeys due to the availability of education benefits they have earned while serving our nation. With these new students landing in colleges and universities nationwide, academic leadership needs to understand suicide warning signs. Here are some common suicide warning signs that were taken from Suicide.org, an organization dedicated to preventing suicide (Caruso, 2019) by building awareness of suicidal behavior and risk.

What is important to understand is that someone does not need to be an expert in suicide prevention to prevent suicide. The key is to have open eyes, communicate relentlessly, and help the person rediscover that suicide can never be an option. Kevin Caruso from Suicide.org stated that 75 percent of those who die by suicide have some suicide warning signs (Caruso, 2019). Our motivation must first be to save that 75 percent. We often spot these signs in people and do nothing; perhaps we feel it is outside our standard level of expertise. Outside, our standard of expertise needs to no longer be the excuse, but today must be the fuel to continue learning and growing as an educator. Because an expert is a person who has a passion for learning; an expert is a person who is willing to create a new standard dedicated to making our human existence better.

What modern studies have found that effective strategies for suicide prevention of suicidal outcomes with veterans are positively associated with the perception of the lack of social support (Wilks, 2019). That is a perception we can change. Suicide prevention should never be the responsibility of the experts; suicide is the responsibility of all. When we witness someone exhibiting suicide warning signs, we need to do everything we can to help (Caruso, 2019). Today, with the Internet and social media, a simple Google search provides endless ways to get help. Collected user data can become the early warning system of suicide using Google Trends and other media reporting. Social networking websites for suicide prevention can connect people with common experiences. Any method that intensifies awareness for suicide prevention programs, crisis help lines, and other support and educational resources must be bookmarked on your web browser (Chai, 2019). The National Suicide Prevention Lifeline and the American Foundation of Suicide Prevention Facebook pages provide links to suicide prevention websites and hotlines, as well as information about the warning signs of suicide. The power of communicating through social media can help us become more current with our reality. Today, social media is sharing ideas, valuable information, and solutions at speeds that no organization could hope to match. Colleges and universities can also benefit from this limitless communication tool. Fall is around the corner, and September is National Suicide Prevention Month. All month, mental health advocates, prevention organizations, survivors, allies, and community members unite to promote suicide prevention awareness.

Every college and university has an internal suicide prevention reporting structure and resource. My suggestion is to research the resources in your community and have this information available before you need it. Education from these sources is the best way to help identify and prevent such a significant public health problem among U.S. military service members who are now enrolled at or entering colleges and universities nationwide. Prevention is possible; today’s focus must be on interventions that have a direct correlation with a decrease in suicide rates. Many universities’ suicide prevention programs engage in deploying various technological mechanisms, including online training courses, social networking, and the sheer power of social media. Using the power of technology, we are releasing the integral aspects of a comprehensive suicide prevention program.

This article is by no means a conclusion but only one chapter in encouraging suicide prevention. “The problem to avoid is becoming an example at the next suicide awareness briefing. Our goal as educators is to use the unlimited power of knowledge to reduce or eliminate suicide examples. We have become a key component to the solution regardless if we are ready or not, and we are now a part of the first line of defense for preventing soldier suicides.

Dr. Pietro Savo is a Full-time Professor in Trident’s Homeland Security department. He was part of the team that developed the Associate of Science in Homeland Security program. A military veteran who has over 30 years of practitioner experience, he was the recipient of Trident’s 2019 Teaching Excellence Award.