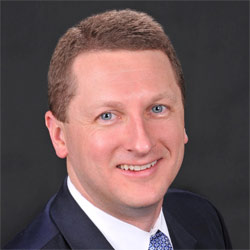 He served in the U.S. Navy for more than 20 years as a Surface Warfare Officer and Expeditionary Officer.  As a Surface Warfare Officer, he served on multiple ships as Engineer Officer and Commanding Officer in the United States, Europe, and Asia.  As an Expeditionary Officer, he served as Operations Officer for a newly established Navy command that conducted operations throughout the globe in Asia, Africa, South America, and the Middle East.  He also served as Director of a special activities group in the Middle East.  While ashore, he served as the Chief of Naval Operation’s briefer, attended the U.S. Naval War College and served as an Associate Fellow on the Chief of Naval Operations Strategic Studies Group.

After retiring from the military, he became Vice President of Business Development and Strategy for a government defense contractor involved in security operations and training.  He later became a Consultant Manager for a large multi-national consulting technology firm where he provided organizational change management to clients involved in enterprise transformation projects.  He also served as the executive advisor for the Associate Director of a Federal Agency implementing an Enterprise Data Strategy.  Currently, he is the Director for a program that facilitates rapid solution and decision making workshops for executive clients.