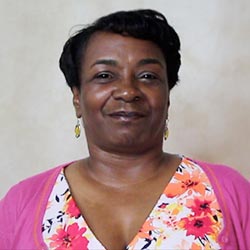 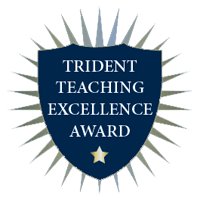 Dr. Pamela A. Wilson has served as part-time faculty with Trident University International since 2009.  She has helped students from their entry into the master’s program to completion of their doctoral degrees. She retired in April 2017 from the United States Army after serving with distinction for 32 years. Some of her expertise are course development, training, team building, leadership development, mentoring and personnel evaluations. She served as Instructor at all levels of the Army. She directed the Spouse Leadership Development Course graduating over 300 senior-level spouses.  Dr. Wilson was the 1st Director of the Personnel Proponency Directorate for Training and Doctrine Command. Her efforts led to the development of the interactive Personnel Development Model (PDM – a tab on the Army Career Tracker) monitoring a Soldier career. She was the 1st Chaplain Sergeant Major for Installation Management Command (IMCOM) responsible for training and developing leaders on 77 Army Installations around the world. She started the first recognition program for Chaplain Assistants in Europe. In IMCOM,  she developed recognition programs featured in newspapers, social media and in 33 monthly newsletters she created and edited featuring Chaplain Assistants, past and present. Her interests in research are behavior driven ideologies. She is concerned with self-efficacy, self-esteem, motivational behaviors that drive learning. She holds a PhD in Educational Leadership (Trident University International); a Master in Public Administration (Troy State University); Bachelor of Science in Recreation, Chicago State University, and Associates of Arts in Physical Education, Kennedy-King Jr. College.

Dr. Wilson is an EXCELLENT professor! She inspired and supported us in reaching our academic potential by always coaching us to learn and understand applicable concepts but more importantly by facilitating our ability to bring those principles into our real-world vocation or dissertation focus. Dr. Wilson applied effective and innovative teaching practices, resulting in our engagement and achievement of learning goals by using a “co-op” type process. Her ability to vector students to each other and the content as to compete our goals whilst acting as a coach and a guide was impressive and put us in the situation to critically think, apply and evaluate. Dr. Wilson had a positive influence on us by sharing her expertise, providing constructive feedback and being our biggest cheerleader in the TAD process. Dr. Wilson is a superb candidate for the TEA!Ricky, EDD605, Win19
Curriculum Vitae
Download
Programs
Publications
Military Status
Favorite Quote
Teaching is my life-long infatuation. I am grateful that Trident University International allows me to connect with ambitious and curious minds all over the world. I am equally proud to say that I learn a lot everyday from our students. That is what completes me as an individual."
Honors & Awards
Her military education includes the United States Army Sergeants Major Academy, Class 52; the Senior Leader Course, the Advanced Leaders Course and the Warrior Leader Course. She attended the following courses: Instructor Trainers', Funds Manager, Middle Managers, Organization and Documentation, Army Force Management, Army Basic Instructor Course, Small Group Instructor Training and Faculty Development Course, Phase I and II.