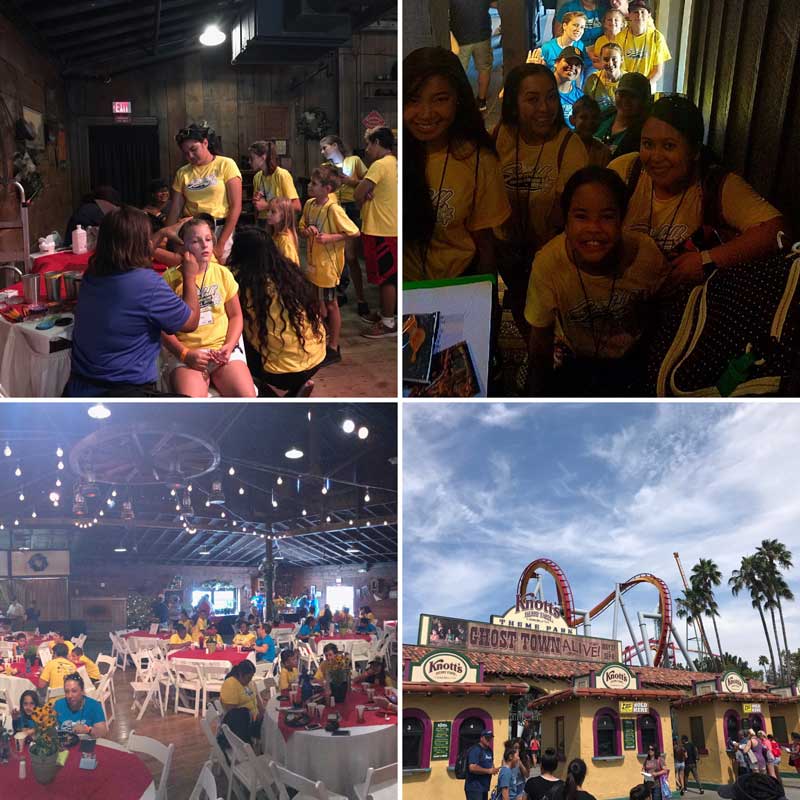 Snowball Community Events are part of non-profit Snowball Express. Since 2006, Snowball Express and its events and programs have provided hope and new happy memories to the children and surviving spouse or relative of military fallen heroes who have died while on active duty since 9/11. Further, the event connects the children and surviving spouses of the fallen with others who are experiencing the same traumatic loss.

Supporting the military and their families is a big part of what we do at Trident given that nearly 80% of our students are active duty, veterans, dependents, or serving in the National Guard. We appreciate the opportunity to have hosted these military families who have truly made the ultimate sacrifice.Travis Allen, President and Chief Executive Officer of Trident

Level Interactive, based in Pittsburgh, PA., and the Cooley law firm, based in Palo Alto, CA, supported the event as VIP sponsors.

About Snowball Express
Over the past decade, true American Heroes, the men and women of the United States Military and their families, have made and continue to make extraordinary sacrifices to protect our freedom. Since 2006, Snowball Express, a 501(c)(3) nonprofit organization, has hosted an annual gathering and programs that bring children of fallen military heroes together from around the nation. The mission of Snowball Express is to honor America’s fallen military service members who have made the ultimate sacrifice since 9/11 by humbly serving the families they left behind. Champion their children’s future success by creating opportunities for joy, friendship, education, and communal healing, by connecting these families to one another. For the third consecutive year Charity Navigator, the largest independent charity evaluator in America awarded Snowball Express their highest rating, a 4-Star rating. To learn more about Snowball Express and to get involved please visit www.snowballexpress.org or on social media at: Facebook.com/SnowballExpressUSA, and follow us on Twitter @SnowballExpress.