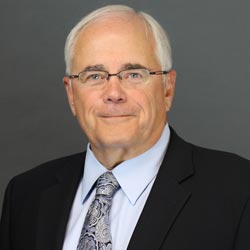 Dr. Pieffer was selected from among five finalists. Over the course of Trident’s Spring session and the March, April, and May Fastrac sessions, 65 faculty members were nominated by 84 students. He received the largest number of student nominations and is the only faculty member to be nominated by at least one student in each of the three 8-week sessions included in this award period – March, April, and May.

Dr. Pieffer, who assumed his current role on July 1st, is a 23-year veteran of the United States Army, serving as an Airborne Ranger Infantry Officer, before retiring as a Lieutenant Colonel. Since his retirement he has worked at the University Level serving as an Adjunct Professor, a Full Professor, University Dean, Chief Academic Officer, and Campus President.