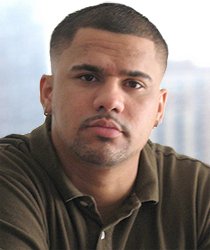 “Making the military to civilian transition can be tough, but due to some good advice from my brother, I was able to make the most out of my education.”
Education History

Upon leaving the U.S. Army, Juan Tellado wasn’t quite sure how to leverage his experience for a civilian career. Making the military to civilian transition can be tough, but due to some good advice from his brother, Tellado was able to make the most out of education to gain the important soft skills needed to succeed after the service. Tellado, currently employed by the Department of Homeland Security, manages over 90 immigration cases and credits his current success to his time at Trident where has was able to refine his military training while developing the necessary tools to succeed in corporate America.