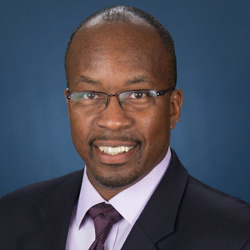 Prior to his work in higher education, McIntosh held various progressive leadership and management positions within IT during a distinguished 25-year career in the United States Air Force. He was deployed to Iraq as superintendent and first sergeant, where he managed daily operations for two automated command and control networks that served more than 5,000 clients and staff in three geographically separated locations. He was awarded the Air Force Inspector General’s Gold Coin, a distinction received by only the top 1 percent of Air Force staff.