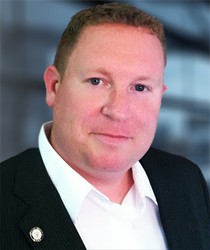 “I live in Davenport, Florida with my beautiful wife and three children.”
Education History

Michael McKenna recently won the Democratic nomination for the United States congressional seat in Florida’s 10th district. He beat opponents Shayan Modarres and William Ferree in the Aug. 26th primary contest, winning 49.9% of the votes and spending only $5,000 on his campaign. He will face off against incumbent Republican Daniel Webster in the Nov. 4th general election. McKenna is a 14-year veteran of the United States Navy.

McKenna lives in Davenport, Florida with his beautiful wife and three children. He is a graduate of Trident University in Business Administration and a graduate of the Harvard University Business Mentor Program.