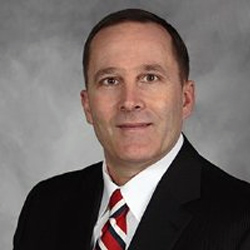 Hall of Distinguished Alumni - Class of 2006

Command July 12, 2010. He now serves as the Commanding General’s personal advisor on all matters relating to enlisted Soldiers with the emphasis on training, safety and quality of life.CSM Riling moved from FORSCOM, the Army’s largest command, from First Army where he had served as its Command Sergeant Major since June 2007.

Riling is a native of Riverview, Michigan. He began his Army career in 1983 as a Cavalry Scout, completing initial entry and advanced individual training at Fort Knox, Ky.