Home Articles CUT FROM THE SAME CLOTH AS TRIDENT’S STUDENTS: AN INTERVIEW WITH DR. MARK PIEFFER

CUT FROM THE SAME CLOTH AS TRIDENT’S STUDENTS: AN INTERVIEW WITH DR. MARK PIEFFER 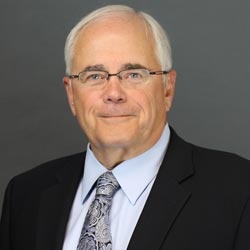 There is no doubt that Dr. Mark Pieffer understands Trident and its community of adult learners.

Dr. Pieffer, who served as the Provost at Jones International University, joined Trident University after the closing of JIU.  In fact, as part of that closing, JIU and Trident established a partnership and many of JIU’s students and several faculty transferred to the Trident community.

It was a successful transition due to both institutions’ commitment to student success, as well as the large number of students and alumni with ties to the military.

Dr. Pieffer, is cut from the same cloth as many of the men and women who attend his classes.

Prior to his career in academia, Dr. Pieffer served in the U.S. Army for 23 years, retiring as a Lieutenant Colonel.  Since then, he has worked at the university level as a professor, dean, chief academic officer, and campus president. He is currently the Department Chair of Humanities and Communications in Trident’s University College.

Since joining the University, he’s been known as an enthusiastic and supportive professor who is focused on channeling his energies into the success of his students. He loves to see students meet their goals, he also knows  that many of them have so much more potential in them.

When asked what the most rewarding part of his job is, Dr. Pieffer replied, “I see where I can make a difference and that is incredibly exciting to me.  Our students work so hard with full-time jobs, maintaining families, and going to school that I consider it a privilege to be part of their educational journey. I admire those who can successfully balance all of those commitments.”

This passion for making a difference is something he passes on to his classes – and his students appreciate it since they honored him with a “Teaching Excellence Award” last year.

Most importantly, Dr. Pieffer lives by his own advice.  He’s a frequent webinar attendee who stops by just because “he always learns something.” He recently published research that he will present in next month in Sweden. After a recent C.O.R.E. webinar, he reached out to the presenter – a recent Trident alumnus – to discuss some of their research similarities. And most importantly, he stays actively engaged with his students, viewing his role as a partner in learning that frequently evolves.

Much like his students, even though he’s on the right track, he keeps moving.

Dr. Mark Pieffer serves as Department Chair of Communications and Humanities in Trident’s University College.  He joined Trident in 2015 and is a veteran of the U.S. Army. Dr. Pieffer also presents the monthly webinar series, “First Day of Class.”