Home Articles FOCUSED ON HELPING OTHERS LEARN: AN INTERVIEW WITH DR. PEGGY SWIGART

FOCUSED ON HELPING OTHERS LEARN: AN INTERVIEW WITH DR. PEGGY SWIGART 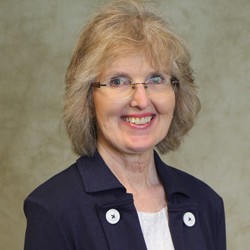 Educators have the ability to influence students in a variety of different ways. Some are trusted mentors, others can be a stand-in for a parent, while some become that one person a student can talk to about anything.

Dr. Peggy Swigart, Department Chair in Trident’s Glenn R. Jones College of Business, knows this all too well. Educators were there for her when she needed them the most. While in high school, Dr. Swigart lost both of her parents, putting her in a position to grow up a little faster than she had planned.

Educators were a stabilizing influence for her, including a high school guidance counselor, an undergraduate history professor, and a dean during graduate school. They were people who knew her well, understood her journey, and helped to mold her into the educator that she is today.

Now that she’s in the position of the influencer, she adheres to a similar students-first philosophy. According to her, it’s what drives her as an educator – helping others learn is a true passion of hers.

“I am an HR practitioner at heart with strong interest in the way learning takes place, coupled with a drive to help others learn,” remarked Dr. Swigart. “The assessment of student learning is a never-ending area of intrigue for me.”

Before becoming a full-time educator, she worked as a human resources manager for 20 years. The opportunity to teach online was a dream come true for her – it was an environment where she could truly make an impact.

And like the educators who influenced her, she has impacted many lives.

“I recently worked with a student who was struggling due to a lack of confidence in her abilities,” Dr. Swigart recalls. “She was frustrated and in tears because she was convinced that she was not a good writer – and she was ready to throw in the towel. We worked together over the course of eight weeks and not only did her writing improve, but her confidence soared.”

“Rarely do students struggle in our programs because they are unteachable. There is almost always something in the background running interference—whether it is problems related to academic preparedness, finances, family, technology, time management, or self-doubt.”

Dr. Swigart, like the rest of Trident’s instructors, understands that her role in a student’s path to graduation is not just about the lecture. It’s about listening, guidance, and helping students achieve more than they thought possible. But graduation is the best part, of course.

To illustrate this point, she recalls her own graduation ceremony from the University of Nebraska’s Ph.D. program – seeing the joy in the eyes of her fellow graduates, the cheering of the audience, and hearing the notes of “Pomp and Circumstance” that filled the air.

“The most rewarding part of my job is graduation day,” stated Dr. Swigart. “I cherish being in a role that leads up to a magical moment–where Trident students can experience the similar thrill of degree completion that I did.”