HOW EDUCATION CAN HELP PREVENT CYBERATTACKS 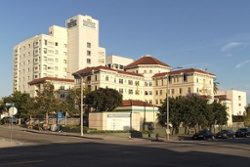 Last month a hospital in Los Angeles was the victim of a serious attack. Rather than the type of attack that most people would expect, the Hollywood Presbyterian Medical Center lost access to its email and electronic health records for more than a week due to a cyberattack.

This is a serious crime that occurs often – a hospital in Philadelphia saw a similar attack recently, as well as small police departments in Massachusetts, Tennessee, and New Hampshire. According to the Los Angeles Times, at least 158 medical providers, insurers, and hospitals have reported being hacked since 2010.

Dr. Wendy Wang, Faculty Lead and Professor in Trident’s College of Information Systems, says that this crime is “hardly surprising.” She adds, “As our work and daily life increasingly intertwine with the information technology, we become more vulnerable and will witness more such crimes. Traditional ways of defending ourselves are futile under such attacks, where criminals are hard to trace, their identities anonymous, and the raid can happen at any time.”

“To make things worse, organizations are ill-prepared, and there is still a lack of public awareness on how to better protect ourselves,” Dr. Wang stresses.

Attacks such as these are one of the reasons why the demand for cybersecurity and information security professionals are on the rise. According to Department of Labor data shared by Dr. Wang, 74% of cybersecurity job postings over the past five years have remained unfilled. Furthermore, the demand for information security professional is expected to grow 53% per year through 2018.

Last year, Trident introduced a Cybersecurity concentration as part of its Bachelor of Science in Computer Science program. In addition, Dr. Wang recently oversaw an overhaul and modernization of this program, giving graduates the skills they need to address these crimes. Upon finishing the program, graduates gain solid knowledge and proficiency on various aspects of information technology, such as hardware, software, programming languages, databases, networking, network security, and various encryption techniques, with a special focus on cybersecurity.

“Such need presents huge challenges, but also great opportunities. At Trident, we prepare students to meet such needs,” says Dr. Wang. “We are here to help graduates to launch a career in cyber security that is both professionally fulfilling and personally rewarding.”

Dr. Wendy Wang is a Faculty Lead in Trident’s College of Information Systems. Her areas of expertise include management information systems, information technology, and social sciences. She received her Ph.D. from the University of Mississppi in Management Infomation Systems and is a published researcher who has presented at numerous conferences.