Home Articles HOW VULNERABLE IS THE UNITED STATES TO A MAJOR CYBER ATTACK?

HOW VULNERABLE IS THE UNITED STATES TO A MAJOR CYBER ATTACK? 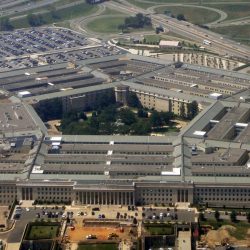 The United States government hired a team of hackers, instructing them to exploit flaws in the Pentagon’s Cyber Systems. Due to their actions, a system penetration occurred over 130 times. After these “attacks,” the Pentagon will assess the damage and develop countermeasures against them – and then the cycle starts over as the hackers start to look for more flaws to assess. Cyber security is a never-ending process.

Dr. Gabriel Weimann from the United States Institute of Peace in Washington, DC, and also a fellow at the Department of Communication at University of Haifa, Israel, published a study in 2005 entitled “Cyberterrorism: The Sum of All Fears?” This study paints images of malicious terrorists executing disastrous attacks against the world’s computer systems, inflicting destruction and paralyzing nations.

This may be a frightening scenario, but what is the probability of it happening?

Very likely if we are not prepared. Dr. Myriam Dunn Cavelty hinted at this in 2013, stating that the level of cyber terror concerns has grown from simply hacking to the potential of a cyber-bomb – and the political fallout from not being prepared for an event such as this would be significant. Not only are there real threats, but there’s the devastating impact of cybersecurity vulnerabilities.

Dr. Cavelty believes that the threat and security connections created by advances in technology are not a naturally evolving phenomenon, but one forged by the fall out of acceptable cyber risk based on a perception on how the cyber user community will respond to this risk.

These threats come in the form of digital technology that is designed to easily penetrate every technology on earth. It’s my belief that cyber security and national security are perhaps one and the same; our nation is linked to every other nation’s network via the Internet. While the threats are less visible than the ones faced in the 1960s, the urgency to mitigate the growing risk of an attack and improve cyber practices are the same.

Through the engagement of hackers, the Pentagon has taken the significant step to address these issues.  In my next blog, I’ll look at what the Pentagon has done and what ramifications these actions have for our nation’s cyber security.

Dr. Pietro “Pete” Savo is a professor in Trident’s College of Health and Human Services. He received a Doctor of Business Administration from Jones International University and is a veteran of the United States Navy.