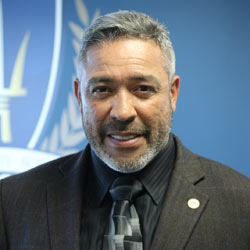 Director of Military Strategy and Relations

Arcadio “AL” Rigual served in the US Army for over 20 years. His last eight years within the Army were dedicated as a recruiter. As a recruiter, Rigual moved up the ranks and eventually managed three individual offices within Orange County. Rigual later became part of the training team at the Battalion headquarters.

After his time within the Army, Rigual transitioned into education and taught at the high school level for over eight years. His teaching topics included: leadership and organizational management, physical education, and history. Rigual’s love for education took him to the university level within the Admissions Department. During this position he counseled individuals on careers, military transition, and academic goals. “This is something I have enjoyed doing especially now for Trident University.”