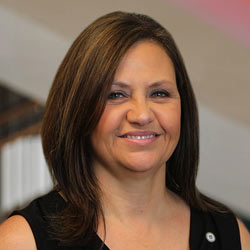 I was born on February 25 on Andrews AFB, in MD. My father was in the Air Force and thus we moved around to different AF Bases until settling in San Antonio, TX where I graduated from High School. I enlisted in the Army Reserves in March, 1988 and attended basic training at Fort Dix, NJ. I was trained to be a Dental Lab Technician in the Reserves. When I got back from training I attended The University of Texas in San Antonio for about a year and then took a break and became a flight attendant for Continental Airlines. In 1993, the Airline started having some financial problems and we had a freeze and then cut in pay so I submitted an AGR packet and was selected as a Reserve Recruiter on Active Duty. I was a Reserve Recruiter and then became a Health Professionals Recruiter. Some of the other positions I held were Retention NCO, Trainer, and District Operations. I was also a Special Mission’s Recruiter. My final positions in the Army were as Senior Reserve Component Career Counselor at Fort Sam Houston as well as Fort Hood, TX.

Military Experience
I served 25 years in the US Army Active and Reserves and was stationed at Fort Sam Houston, TX; Shreveport, LA; and Fort Hood, TX. The most fulfilling experience within the military was helping my soldiers get promoted and achieve their goals and completing any mission we were given.