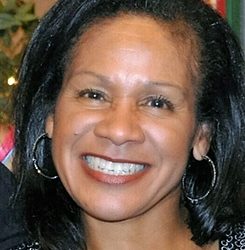 “CSM Donna Brock is a Trident University graduate and served on the Sergeant Major of the Army’s Board of Directors as the senior enlisted advisor and mentor.”
Education History

CSM Donna Brock served more than 35 years in the U.S. Army, all of it in Army medicine. A combat medic, she rose to the top of her career field in position and rank. She served as the Command Sergeant Major of U.S. Army Medical Command and also as the senior enlisted advisor to the Army Surgeon General. At the time of her retirement in 2015, she was the longest serving enlisted woman still on active duty in the Army.

CSM Brock has served as an Air Ambulance Radio Operator, Ambulance Driver, Emergency Room NCO, Clinical NCOIC, Training NCO, and Operations NCO. She has served in every leadership position including Squad Leader, Platoon Sergeant, First Sergeant, and Command Sergeant Major. She has performed as a Company Clerk, Personnel Service NCO, Drill Sergeant, and Sergeants Major Course Instructor, Faculty Advisor, and Mentor at USASMA. She also served on the Sergeant Major of the Army’s Board of Directors and as the senior enlisted female advisor and mentor.