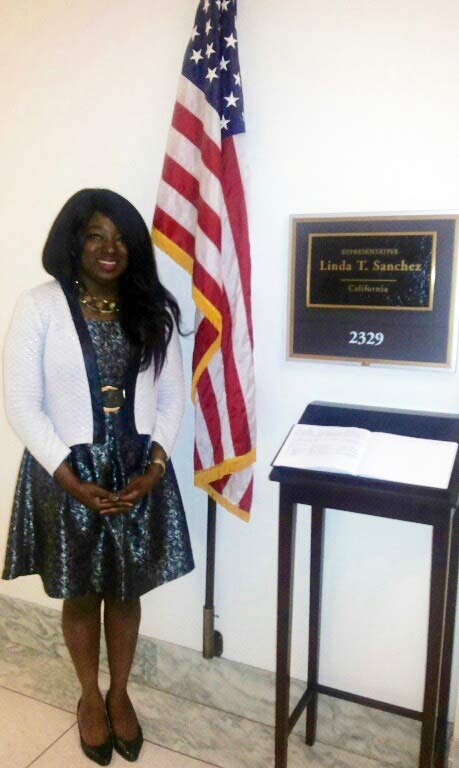 During her time in Washington, DC she had the opportunity to meet with elected representatives on Capitol Hill to discuss policy on current public health and education issues, specifically social determinants that negatively impact educational attainment and health including homelessness, hunger, abuse, and violence.

Dr. Rumala met with key stakeholders representing 36 states, as well as the U.S. territory of Puerto Rico, at the APHA’s national headquarters to network and discuss best practices in each representative’s region, advocacy, health equity and social determinants of health, public health systems partnerships and diversity, equity, and inclusion.

In her role as Trident’s Head of Diversity, Equity, and Inclusion, Dr. Rumala recognizes the importance of diversity, equity, and inclusion in shaping the efforts towards improved outcomes for underserved and disadvantaged populations.

Under Dr. Rumala’s leadership, Trident has signed a partnership agreement with SCPHA to share resources in the production of the Public Health Talks webinar series. Launched in December, Public Health Talks has been a key resource for students and alumni in the Trident community, as well as professionals in public health fields. This partnership will further enhance the webinar series through increased professional development and increased access to the regional public health community. Additionally, this autumn the SCPHA will co-sponsor an e-conference with Trident.

Trident, a 100% online university that has been in operation since 1998, is regionally accredited by the WASC Senior College and University Commission (WSCUC). Active duty military, veterans, National Guard, and military dependents make up 79% of the University’s student population, and Trident is proud to employ many veterans at its faculty, staff, and management levels. Of Trident’s 28,000 alumni, more than 27,000 have a military affiliation.