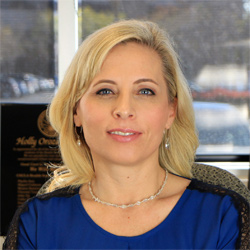 April 28, 2015 – Cypress, CA – Dr. Holly Orozco, Vice Provost for Institutional Effectiveness and Dean of the College of Health Sciences and the College of Education at Trident University International (Trident) was recently nominated to serve on the 2015 Governing Council of the Southern California Public Health Association (SCPHA).

These are key opportunities for both her and Trident, as her goal is to continue being a leader in both academics and public health. Viewing educators as leaders, Dr. Orozco is an advocate for enhanced public health training through strategic alignment with schools of public health and institutions with standalone public health programs.

Throughout both her career as an academic leader in higher education and public health practitioner, Dr. Orozco has seized and excelled in leadership roles. Leveraging her positions, she has been an agent of change for public health causes about which she is passionate, including alcohol and substance abuse prevention.

Dr. Orozco has been a member of Trident’s faculty since 2008 and has been serving the University as Dean of the College of Health Sciences and the College of Education since March 2012. In December 2014, she was also appointed as the Vice Provost for Institutional Effectiveness. Dr. Orozco has 10 years of progressive leadership within WASC accredited institutions of higher education. Prior to serving at Trident University she held a tenure track faculty position within the College of Health and Human Services at California State University, Los Angeles.